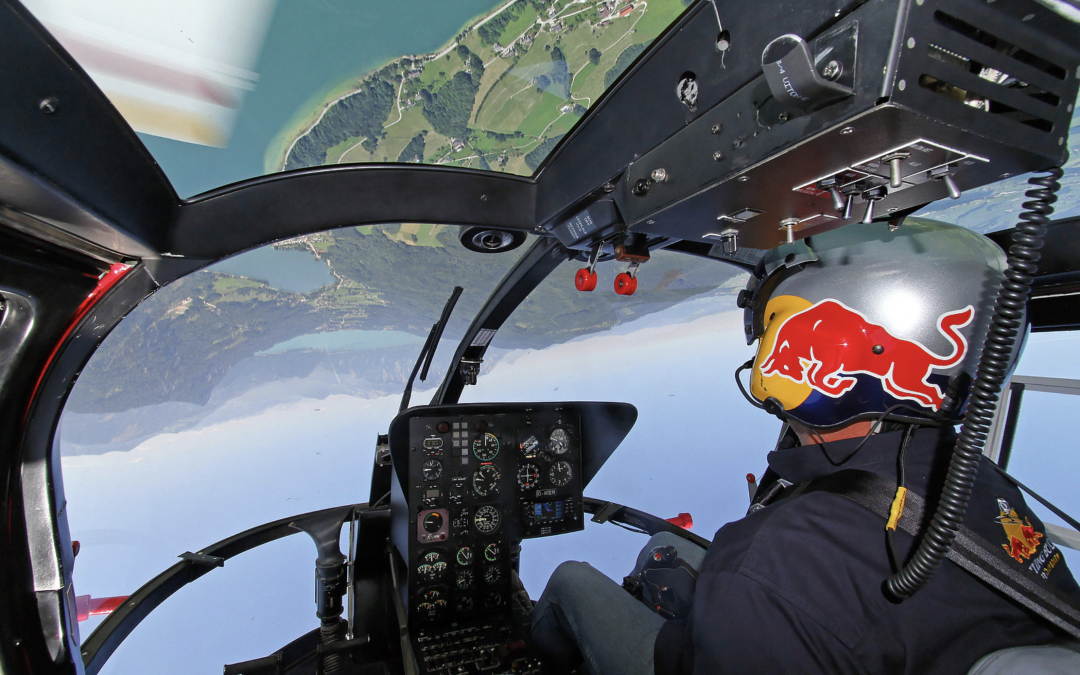 Do you fancy the idea of flying upside down in a helicopter?

The 2400kg BO105 C does flying upside down with ease as it is the only helicopter that is fit for aerobatics.

The Flying Bulls have 2 models which joined the team in 2005. They were built in 1974 and previously served as police helicopters.

In 1963 the MBB Company (known today as Eurocopter) began toying with the idea of building a helicopter in the 2-tonne class. Based on the fascinating idea that would revolutionise rotor systems and create a brand new type of aircraft.

In 1966 the first tests with a hingeless rotor system began successfully. Innovative materials were key; titanium was used for the main rotor and rotor blades were fitted with glass-reinforced plastic.

The blades are practically made for eternity and their extreme flexibility allowed the construction of a hinge-less rotor system. The rotor system was easier to maintain, kept vibration to a minimum and offered previously unknown manoeuvrability.

As the first light helicopter in the world, the BO105 was fitted with two engines, dual hydraulics as well as dual electric supply. These innovations paved the way for aerobatics.

The BO105 is still the only helicopter that can perform the same manoeuvres as conventional planes. The maiden flight took place in February 1967, and two years later, the first BO105 models were delivered to the German army.

Here are some images of these dynamic machines.

Data and images from The Flying Bulls

There is further information on The Flying Bulls website about the pilots and their extensive knowledge of flying.